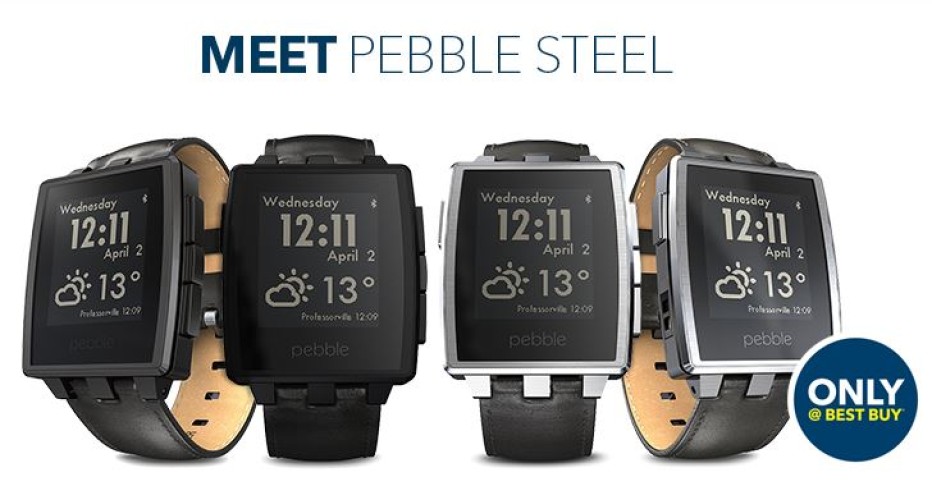 Pebble Steel Smartwatch is an extremely good-looking wristwatch, which can also double as a secondary display of the smartphone of its users that makes it yet another addition to the growing list of wearable devices. The wearable devices have made advances by leaps and bounds in the recent, and this smartwatch provides a number of great features, which makes it a likely candidate to lead innovations in the future. This watch weighs less than a couple of ounces, which means that users can enjoy the availability of a second display to their smartphones without the need of having to carry considerable extra bulk. This is one of the reasons behind the potential of these devices to become more popular as the technology behind them become more refined.

Pebble Steel Smartwatch comes in an all-metal body, which is available in either brushed stainless steel or matte black finish. Moreover, it sports a Gorilla Glass covering on the display to make it far more resistant to scratches, and in the process rendering it ideal for extensive outdoor use. The metallic body along with leather and metal watchbands together weighs a shade less than two ounces. Thus, users need not worry about it being too bulky on their wrists. The display is crisp and ideal for use in the bright light outdoors. Moreover, the device contains a three-color LED for indicating the charge status, which is an added feature in this latest version of device along with a slightly altered magnetic connector for charging.
This wearable technology has also made enormous progress regarding its resistance to elements, which is evident in the enhanced water resistance feature with a resistance up to 5 atmospheres of pressure under water. Thus, users can quite literally wear this device to the showers. Users can download a number of apps for giving new watch faces, as well as, other tools from the Pebble app store via their smartphones, and then transfer them to their watch via Bluetooth. Moreover, the new apps provides enhanced two-way communication between the phone and the watch, as well as, rendering support for many of the watch in-built features such as gyroscope and accelerometer.

Pebble Steel Smartwatch looks like a million bucks with no compromise in both design and the quality of material used. The presence of an app store provides users with access to a reasonable number of apps. Moreover, the number of apps is growing, and users can swap them on and off their watches with ease.

The price of this device is a bit too much considering the limited number of apps that it can hold at a time, which is eight to be precise. Moreover, an absence of microphone, touch-screen, or even a color display does not work in its favor. 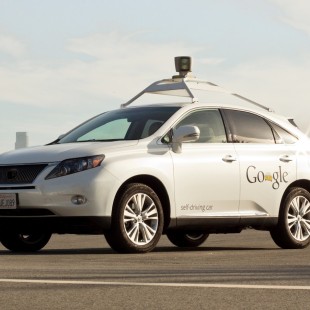 Google Self Driving Car project is as futuristic in concept as it sounds from its very name. This project aims to revolutionize the way people have perceived the innovations and developments in the car industry to take place in the foreseeable future. However, the prototypes of this project has...

Google Glass is a revolutionary new initiative by Google, which seeks to alter the entire landscape of hands-free digital display quite dramatically, as well as, wearable technology. In fact, this initiative has crossed into the grey area of technological innovation, and has raised a number of... 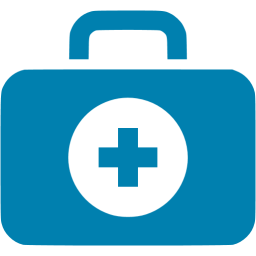